redBit games is an Italian game developer and publisher that made Splashy Fish, Jumpy Jack and several other games for mobile devices. 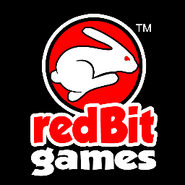 Founded in Rome by three friends in 2013, redBit games it’s a developer and publisher of mobile games for tablet and smartphones.

With more than 20 mobile games, available on iOS, Android, Amazon and Windows Phone platforms, redBit games is now one the biggest player in the market.Driven by passion for the world of video games and by determination to skyrocket this sector in Italy, redBit games have started by publishing its first mobile game, a point-and-click mystery game, titled “Haunted Manor – The Secret of the Lost Soul”, that reached very soon the first position in Italian charts.

In that moment they realized that “It – could – work!”.

Many other games have followed, to name a few of them: Cookie Clickers, Splashy Fish, Haunted Manor 2 – The Horror Behind the Mystery, nr. 01, nr. 02, 2048 plus and more.

During these 3 years of hard work redBit games reached great objectives: we gained more than 100M downloads worldwide, and some games have been at the top of App Stores leaderboard. These goals have allowed them to keep working with passion and dedication on making even greater and funnier mobile games.

In 2014 they founded Tiny games, a redBit games’ brand specialized in publishing casual games. More than 20 games are successfully published under this brand, having gained 6M downloads ’till now.

Also the first mobile game created during our Game Jam event last year, titled “Magic Carpet Nightmare Experience”, was published under Tiny Games. It has been a very special occasion, because it was the first Jam ever organized by a private mobile games Company in Italy.

Up to now, many indie developers have published their games with us, and many young developers and graphic designers are continuously increasing their professional experience by keeping the good work on and developing new great products.